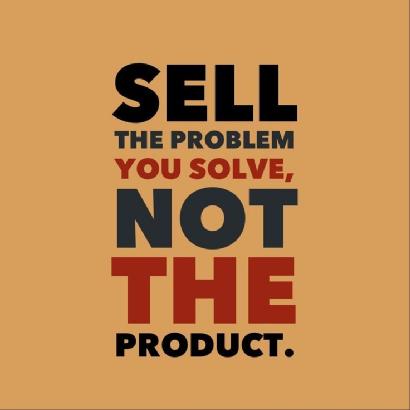 Joe and Monica have a small business serving seniors. Mostly, they deal with families who are concerned about the care that their loved ones need.
Joe would be taking part in a presentation at a meeting of a group of healthcare professionals who could turn out to be solid referral partners. He and Monica were given a 30 second spot where they could play a video message about their business, so they contacted me for help.
I knew that a 30 second piece would have to be as compelling as possible.
I’ve written thousands of these kind of messages during my radio career. A 30 second spot is one of the hardest projects to write, because of the short amount of time you have to capture someone’s attention and hold it without them getting bored. #0 seconds to establish an emotional connection and try to trigger that buying signal.
Joe and Monica sent me a video that was done by another one of their franchise partners. The man was standing in his backyard spouting off features and benefits. “Could we just do something like that?”, they asked.
“NO”,I exclaimed. “It’s trite, and it says nothing about THE CUSTOMER. It’s just a list of services you offer.”
In the next half hour, I talked with them, asked questions about why they chose that business, and the kinds of customers they were hoping to connect with. It became apparent that both had had the experience of trying to find care for their family members in the past. They told me about their frustrations with that experience.
“The thing is,” Monica said, “nobody ever tells you how to take care of your parents or grandparents.”
“THAT’S IT”, I said with a smile, “That’s your opening statement”
We built a script on that to show their passion for what they do and why they do it. Then we shot the video at their kitchen table, because that was where they most often met with clients. In post-production, I added some B-roll of seniors in different situations.
The final version was a hit at the presentation, and they can now use it on their social channels as well.
–That’s a wrap.

Ron Harper is the founder of Videos On Your Website, a Cincinnati digital marketing firm specializing in video web content for businesses. Get a FREE Video Buying Guide at Videos ON Your Website – Cincinnati and Dayton Video Production Guide. 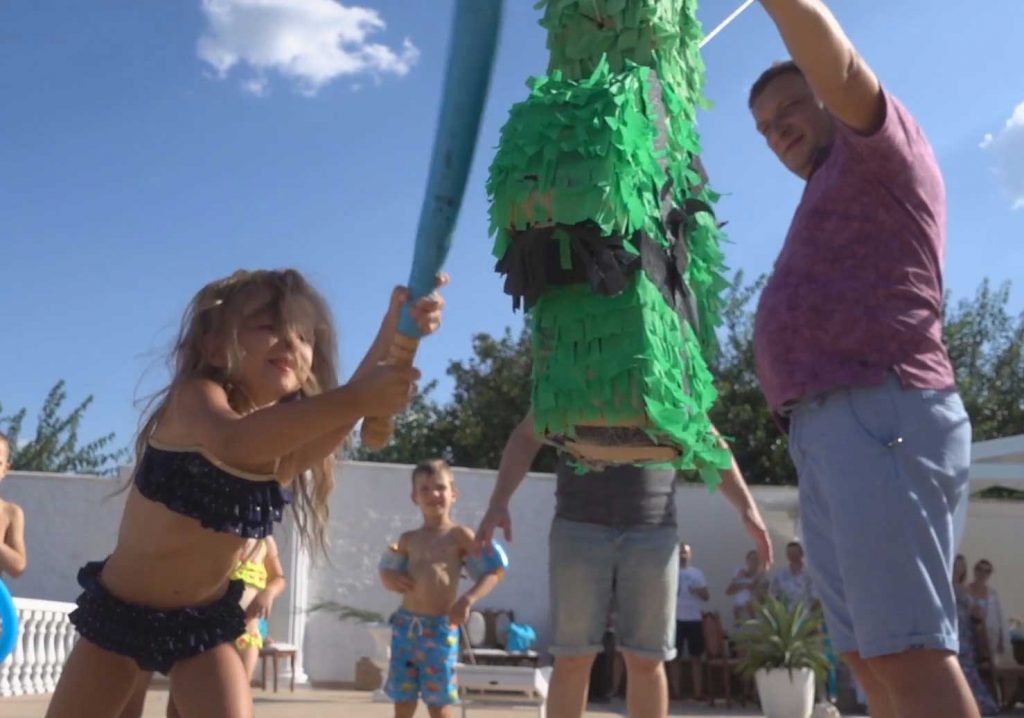 Marketing is not a pinata. You don’t just keep swinging until you hit something.

Tell a story about that one thing. Show how your customer has benefited. Get away from talking about yourself. Stories sell. Granted, targeting a message can be hard. I once read an excerpt in a marketing book for entrepreneurs that said, “You should always write your own advertising. No one knows your product like you do.” But time and time again, I’ve seen small business owners completely miss the story they are trying to tell. They miss the emotional connection to their prospects.

Once, in a networking meeting, I was listening to a business owner talk about his concierge services, and all the different things he could do…book and pick up event tickets, find dinner reservations,etc. so that his customers wouldn’t have to spend hours in their car or on the phone. Afterward, I told him, “Just say you sell free time.” His mouth dropped open. He completely got it, and used that line from then on.

Often, someone outside your business can cut thru the fluff, and give you a message that will resonate with your audience.

I do that with video. I may talk to a client for an hour about his business, but the magic comes in the video editing, and constructing the story.
Are you just swinging and hoping you’ll hit someone with your marketing message? How’s that working for you?

You’ve seen them and they are fun and informative to watch. What are the secrets to making animated whiteboards successful? How long should they be, and what is the optimal way to distribute them? On this episode of Good Views, I chat with Terry Dean who creates and writes animated whiteboards for companies all across the country. Terry loves what he does, and whiteboard marketing has really gained a foothold over the past few years.

As always, if you have any questions, or want to connect with Terry, drop me a line.
–that’s a wrap

It happened again: A client came to me with the idea of producing a series of customer testimonials. Another video producer had already shot one testimonial with one of his best customers. I watched it.

The testimonial – let’s pretend it was for Fred’s Lawn Service – shares the time when Fred summed up his service in one sentence.

“That’s when I knew that he understood me,” the testimonial says.

With that one sentence, Fred won over a new customer. It’s a golden, pivotal moment, and one that every prospect should hear. So what’s wrong? – That moment occurred more than three-fourths of the way thru the video!

It’s a three minute video, so statistics show that most of the viewers have already stopped watching. It’s called Burying The Lead.

Many video producers don’t take the time to find those golden moments. They shoot the footage, maybe make a few linear edits and they’re done.

Testimonial videos can be one of the most powerful things that you can invest in. But if the message doesn’t get thru, it’s not going to bring you more customers. That’s why I’ve stopped producing them.

I produce YES-timonials.
There’s lots of things that go into making a YES-timonial. The most important one is knowing the stories and the phrases that trigger the buying impulse in prospects. My experience in broadcasting, working with every imaginable category of business, along with nine years of producing successful business videos, is why I can make that claim.

Want to know more about video YES-timonials? Let me send you my FREE e-book. Then, let’s have a conversation about your business.

It was a glorious summer day, the first Friday of July, 1941. Almost four thousand fans filed into Ebbets Field to watch their beloved Brooklyn Dodgers lose to the Philadelphia Phillies 6-4. But there was another bit of history taking place that day. For just as many fans were able to watch the game elsewhere – thanks to a new piece of technology called Television.

The baseball broadcast began with a map of the U.S.and a clock, as an announcer intoned, “America Runs On Bulova Time.” History’s first TV commercial.

Within seven years, advertisers flocked to the new medium. Entire TV shows were sponsored by one company, and those businesses could often dictate the content of the shows. It wasn’t until the late 1950s that one man changed the way TV and advertising did business. Actually, he changed a LOT of things on TV: he invented the Today Show, and he invented the Tonight Show, too. Pat Weaver can lay credit to many of the ways television works today.

A side note: Pat Weaver was once a guest lecturer in my college broadcasting class. He’s one of the more fascinating men I’ve been privileged to meet. A couple of years after he had been in class, his daughter got a bit part in a Woody Allen movie. Yep. Pat Weaver is Sigourney’s dad.

Anyway, Pat figured out it was more cost effective – both for TV and for advertisers to sell that sponsorship to more than one company, and suggested one to two minute chunks of ads within the programming. In an hour, they could sell nine minutes of commercials. Cut those in half, and there are EIGHTEEN 30 second spots. Cue the cheering salesmen.

I did not achieve as much fame or significance in broadcasting as Pat Weaver, but I have written and produced thousands of 30 second spots. And I’ve learned this:

Ever since I started Videos On Your Website, folks ask if I will do a 30 second video for their website. I won’t. Maybe the message takes 47 seconds to get across; maybe it takes two minutes and five seconds. Whatever it is, you don’t want to be constrained to a specific length. Studies have shown that folks will watch a video of about four minutes, IF it is compelling enough.

Sixty year old factors should not determine the length of your message. Just get out there and tell your story.

— that’s a wrap.
(note: this post originally appeared on LinkedInJuly, 2015. I brought it back because of the World Series.)

Cincinnati is lucky to have so many website and marketing experts. I have asked some of the best to give you easy tips to improve your website and make you stand out in a competitive online environment. In this new video series, we’ll get right to the useful information. In just two minutes, you’ll find out some of the secrets these folks use. I don’t know of an easier way to keep your website and marketing fresh. The experts I will be interviewing are extremely helpful and easy to talk to. They would love to hear from you if you’ve watched the video and found some useful tips. Contact information is right at the end of the video.

My first guest is Beverly Richards of LDR Interactive Technologies. Beverly and her team not only make websites pretty, they make websites that work. Beverly is a wealth of information when it comes to marketing your business online. In this video, three tips for fixing your ABOUT US page. Every website should have one. Take advantage of these tips now to better connect with your customers.

Steve owned a company that made computers. Steve wanted to buy some commercials. I was one of four radio and television stations to meet with him one day. I sat next to the account executive while he detailed the proposed buy. Then, I was introduced as the one who would write and produce the commercial.

I went through my usual list of questions, asking Steve about his business and more importantly his customers: who they were and the kinds of problems they were bringing for Steve to solve. When we finished, I had a pretty good idea of what I would write if we got the order.
The next day Steve called. “I was really floored,” he said, “Out of all the stations I met with, you were the only one to ask about my business. Everyone else just told me what I should be doing.”

We got the order. Not only that, but Steve hired me to produce all of his commercials for the entire market.

When someone asks me what sets Videos On Your Website apart, I tell them about Steve and how he doubled his business because he partnered with someone who asked and listened about his business.

The Good, The Bad, and The Awkward of Video TestimonialsGET THE FREE E-BOOK NOW
+